Almost every golfer could use a little nudge in the distance department. Even if you are a tremendous golfer with a hole in one on every single course, you can always use more distance. The good news is, that Cobra has you covered. Today we look at our Cobra Fly-Z Irons Review, you will see more than just distance. You will also experience increased flex, vibration dampening, and adjustable hybrids that make it easy to keep your clubs feeling how you want them to feel. They are forgiving, yet consistent. These irons are graced with the Speed Channel, which you might remember from Cobra’s Fly-Z driver and woods line.

Speed channel helps to take the Cobra Fly-Z Hybrid Iron face to a whole new level. Cobra has combined the concept of a large, fast, unsupported face with an engineered trench that runs across the sole of the club and around the outer perimeter of the back harmonic cavity. The minimal face thickness gives it more pronounced flex and greater recovery upon impact. This trampoline like combination causes increased ball speeds which will send your ball a greater distance without you having to give up comfort and makes it easy to get great height on your shots.

With the deep perimeter undercut on the Fly-Z Irons, you get extreme distance on center hits and highly consistent distance on the off center hits. This is due to the unsupported face of the club. This undercut is the deepest undercut that Cobra has produced to date. Include with that the modern shape of the head and you have a club which will register higher speeds across the face. Inside the harmonic cavity is a Thermoplastic Urethane insert which is placed directly behind the impact zone. This dampens vibrations and improves the feel of the club upon impact.

The Fly-Z irons have a nice wide sole that is consistent with most game-improvement irons, but it is complimented by thinner top lines, a more compact shape than previous models, and a medium offset which causes a better look at address. Progressive Spin Technology is something else that Cobra has used in the irons. The longer irons (3-6) have V-grooves for more distance and the shorter irons (7-PW) have U-shaped grooves to increase spin.

Another neat feature with the Speed Channel is that it allows some of the extra weight on the hybrids to have been moved low and to the back into a yellow sole weight called the Center of Gravity (or CG). By moving this weight, it heightens the forgiveness of the club and steadies out the mid-high flight. These clubs are literally designed for higher ball speed and forgiveness with each shot, which can only improve your game.

The Fly-Z hybrid also has an adjustable hosel. You get a range of four loft settings across three degrees. With the included MyFly8 SmartPad, which was on Cobra’s previous BioCell hybrid. you can easily adjust the loft settings on the Cobra Fly-Z Hybrids to maximize distance and change the face angle.

The SmartPad then acts as a point of balance which enables the head to pivot and keep it squared up, or not. Adjust as you see fit. It’s your golf game, after all. The shaft on these clubs are available as graphite hybrids with graphite irons or graphite hybrids and steel irons. Both styles of shaft are solid performers and should suit quite a lot of golfers. These clubs are available as left handed and can be custom fit . The flex options when purchasing are: regular, senior, and stiff, making them a great choice for many golfers.

Check Price on Amazon
When it comes to look, sound and feel, this set brings it’s ‘A game’. With such a thin face, it is expected that this club would sound hollow like a driver. The Thermoplastic Urethane insert helps to dampen and muffle the sound a bit so it isn’t bad. The feedback with these clubs is distinct enough that a mishit which is close to the heel, toe, or near the bottom/top of the face is a distinct feeling for each.
The black, yellow, and chrome keeps this set in line with some snappy looking clubs. Typically a game improvement club is clunky looking and unattractive. While the Cobra Fly-Z Hybrid Iron Combo set is still a large faced game improvement club, it still manages a sleek look that could keep up with non-game improvement clubs.

What’s the verdict to our Cobra Fly-Z Irons Review?

This set is truly a gift to all those needing a little edge on their golf game. With the added height and distance, you can boost your game and your confidence all in one swing. It is sleek without compromising on the usability of the club. The black and yellow is a classy color combination that will have other golfers asking about your set out on the course. When it comes to meshing style with performance, you can’t go wrong with Cobra. Add in the adjust ability that the hybrid aspect brings in and you have a truly winning combination. Make sure you check out these clubs and see for yourself. You may never use another set again. I picked up a few buckets from Lowes and I used this Lowes Coupon Generator to save $20 on my order. I would suggest using this to save cash, more money to spend on golfing. 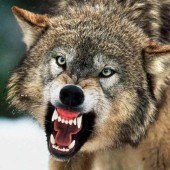